ClickUp is project management software that aims to combine everything into one: tasks, docs, chat, goals, and more.

ClickUp has 100+ employees based out of San Diego, California. They raised $100M in a Series B funding round in December 2020.

Some of their well-known customers are Google, Airbnb, Nike, and Uber.

Their main competitors are Notion, Trello, Asana, and Monday .

Having such positive reviews across the board is a strong signal that ClickUp cares about their users, and that they make an effort to maintain their review profile.

How To Use ClickUp

ClickUp has a list of well-developed features that make it competitive against a huge list of tools.

ClickUp has an excellent series of guides comparing them to those competitors based on features, pricing, and more.

Upgrading to an unlimited plan starts at $9/month, or $60 annually($5/month) and adds:

They also have a business plan that adds even more features, and have Enterprise pricing available for really large businesses or teams. 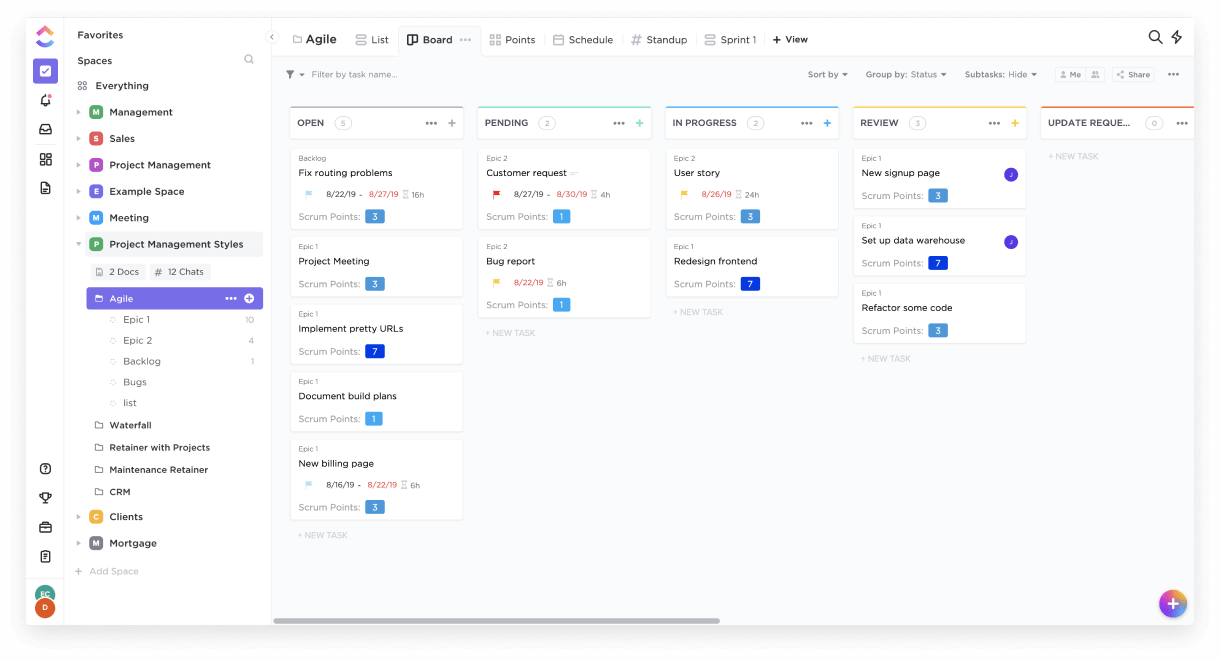 ClickUp is an extremely attractive Monday alternative based on Pricing and Features.

ClickUp has a free plan, Monday does not.

ClickUp’s cheapest paid plan is $9/month, compared to Monday’s $36/month. The main difference is Monday charges a minimum of 3 users, which ratchets up the price.

The next level up ClickUp is $40 cheaper per month than Monday for similar features. It’s really no contest between the two on pricing.

Here’s how Monday vs Clickup compares on features.

The list goes on, but in general ClickUp has more features available at a lower price. They also have a free plan which allows users to try out many of these features at no cost.

ClickUp is also a great Wrike alternative simply due to ClickUps superior free plan. Wrike, like Monday, forces more users on you than you may be ready for. Wrike includes 5 users on it’s paid plan, and you pay for each of them, while ClickUp does not.

At both pricing levels Wrike is slightly more expensive than ClickUp, but the difference isn’t meaningful. Here’s how Wrike and Clickup compare on price.

Wrike has many of the same features as ClickUp, but ClickUp offers many of them in their free plan, and Wrike gates them behind the Professional plan.

Both have Gantt charts, Kanban boards, and easy to use default templates.

Compared to Wrike, ClickUp has several more advanced features, many available on their free tier. Chat, embeddable docs and spreadsheets, and even an Alexa & Google Assistant integration are a few features that Wrike does not have.

Both Monday and ClickUp are good alternatives to Wrike. Monday is the more expensive option due to it’s forced 3-user minimum pricing plans. ClickUp is a more affordable option. 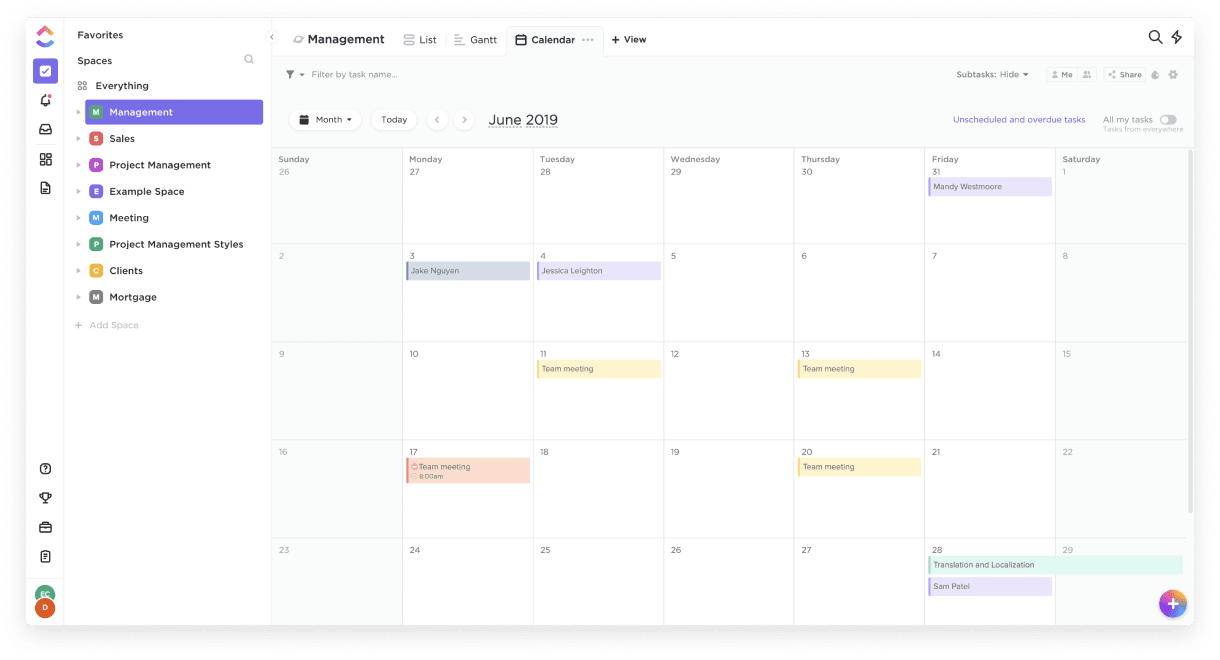 Many of their integrations are built and maintained in-house, so they’ll be updated frequently and ideally free of bugs.

If they don’t have an integration listed, their API is available and seems very robust.

ClickUp also integrates with Zapier which unlocks 1,000+ other integrations that require some additional setup on your part.

ClickUp is a competitive entry into the workplace productivity tools. Their plan to consolidate many tools into one is a compelling for many people. There is so much software in the world today, people only have time to use so many things before it becomes overwhelming.

They’re significantly cheaper than their main competitor, Monday . Personally I find Monday absurdly expensive, and their pricing model turns off many consumers looking for a one-user tool.