Quitting video games was one of the best decisions I’ve made.

I wasn’t having fun and wanted to spend my time in more productive ways by creating content for this blog.

So I started writing content for this blog every day and eventually one of my blog posts hit the front page of Hacker News and completely changed my life.

In this post, I’ll cover how to quit video games with a step-by-step guide and why I chose to quit for a year.

How to Quit Video Games

Here are the specific steps I took. I’ll go into more detail below.

The best hobby to replace video games is the one you’re most interested in.

The second best hobby is one with zero start-up cost, like writing, reading, or running.

Here’s a few ideas to jumpstart your thinking:

Stop searching Google, YouTube, or Reddit. I know you want to quit because you’re reading this article.

In the immortial words of Shia LaBeouf…

How To Cut Back On Video Games

Cutting back is harder than quitting games entirely. If you’re asking yourself, should I quit video games, then the answer is probably yes.

Cutting back still gives you the option and ability to play at a moments notice. If you’re serious about qutting then you should take serious steps.

Why You Should Quit Video Games

Here’s why I quit: It stopped being fun.

I played because I always had. I didn’t get any joy out of it anymore.

I made many great friends playing games. Hell, the relationship with my wife started when we played video games together. We wouldn’t be together without games.

But that’s all in the past for me now. I don’t need them anymore. They’ve served a purpose in my life and now it’s time to put them aside.

What would you do with your time instead of playing games?

Answering that is the key to successfully stop playing. If you just decide to quit but don’t replace it with more hobbies, then you’re going to get sucked right back in.

You’ll get that feeling of being bored all the time. Of not knowing what else to do, so you just jump into the game to stop being bored.

With those 5 questions in mind, let’s explore how to quit video games for good.

How To Quit Video Games

1. Commit to Quitting for a Long Time

A long time to me is a year. A month is easy. Anyone could quit playing video games for a month, there’s no challenge there.

This forces you to develop other long term habits. They say it takes 30 days to build a new habit, and 60 days to break an existing one.

It’s much easier to start something new than it is to quit something you’ve been doing for years.

I also like how long a year sounds. Yeah, I’m quitting video games for a year. Maybe that’s just me, but the length of time is ambitious and inherently challenging. I like challenges.

2. Tell Everyone Who Will Listen

I never fully commit to a decision until I tell people about it. Thee’s something about verbalizing your thoughts. It makes them real.

I told my wife and my friends. Then I wrote a blog post about it.

That post has since been viewed over 400 times. I published it a month ago and I still get people commenting on it.

Now I’m accountable. I don’t care about what people on the internet think, but I care about sticking with my goal. If I took all that time to tell everyone and write about it then I better freaking do it.

Tell 3 people you’re quitting and write it down.

You don’t have to write a blog post or a long diatribe about why you’re doing this. Just write it down on paper. Pin it to your wall or bathroom mirror.

Every time you see those words is a constant reminder. You’ll think about why you started this journey in the first place.

This is the information age. Anything you want to learn is just a Google search away. Here are some ideas.

Hell, you can create viral TikTok videos. What you do doesn’t matter so much as long as it’s not playing video games and you’re consistent.

Whatever you pick, do it consistently. Workout every day. Play your guitar every day. Go for a run.

If you’re a PC gamer, uninstall everything from your computer. Fully delete the game files, don’t just cop-out and uninstall Steam.

This creates friction should you ever let temptation win. You’ll have to reinstall Steam and the game you want to play, which could take hours if you have a bad internet connection. By the time the game is done, you won’t want to play anymore.

If you’re a console gamer, unplug your Playstation, Xbox, or Nintendo. Go find a box. It could be an old shoebox or a big moving box. Whatever it is, pack everything inside of it.

Then tape up the box. Go crazy with it. Seriously, put tape all over that thing because you’re making it as hard as possible to open.

Then take the box and shove it somewhere really difficult. Pick the highest shelf in your garage, or the in the very back of your guest room’s closet. Put a bunch of shit in front of the box. Make it really hard to get to.

Lock your games away and throw away the key. Even if you wanted to play you’d have to go through so much hassle that it’s not worth it.

Why I Quit Video Games

I’ve been playing video games since the Super Nintendo came out in the early 90s. I vividly remember playing through Super Mario World and Donkey Kong Country as a kid. When the Nintendo 64 came out, my dad waited in line outside of Target all night in the freezing cold just to make sure I got one for Christmas.

I’d even take the Nintendo on camping trips with me. I famously told my parents one time that “I get headaches if I don’t play Nintendo”.

In the early 2000s, I got into online video games. I was lucky enough to have cable internet at the time which unlocked a whole new world to me. My first game of choice was Tribes 2, a team-based shooter game where you flew around with jetpacks killing the other team. Players tried to shoot each other in mid-air with blue laser discs shot from a gun called the Spinfuzor. 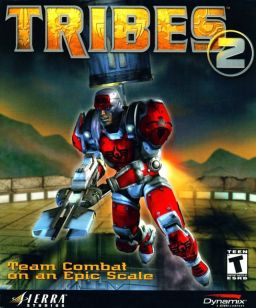 I eventually joined a clan called Warrior Nation, which was just a group of people who played the game together. Warrior Nation was also my first introduction to online voice chat. We used a program called TeamSpeak to talk to each other while we played.

I eventually moved onto other games, but I’d always prefer online shooters. I loved the thrill of competing against other people. Single-player games bore me.

My longtime gamer tag, NoLimit, I took from Tribes 2. I played against someone with that name and they would wipe the floor with me. Time and time again. I couldn’t beat them. So I started idolizing them. I thought by taking their name it would make me better.

It didn’t, but the name stuck. I’ve been NoLimit in many different games ever since.

I also started making friends with the people I played with online. We’d exchange AIM screen names and keep in touch as we grew up. We’d move from game to game together. I’ve met many of them in person, back when To Catch A Predator was airing. Meeting strangers from the internet was not normal. I even flew to Canada one summer to visit 2 of my internet friends. 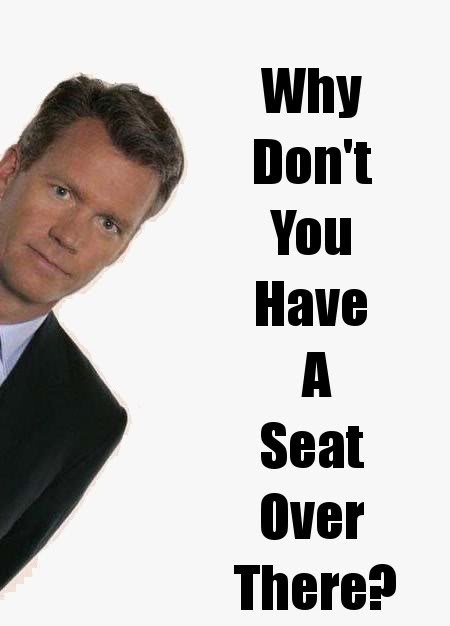 In high school, I spent entire summers playing Counter-Strike, another tactical shooter, with my online friends. We’d gather together in IRC channels to find a team of 5 other players to scrimmage against. We played in official leagues against other teams to try and move up the standings.

I was never any good. But I had a ton of fun and made strong friendships in the process.

I played before there was big money in video games. Before people like Ninja could make $500,000/month playing Fortnite. I’m sure his income has only increased since that article came out in 2018.

This year I got really into World of Warcraft(WoW), a game known for its legendary addictive powers. Blizzard released WoW Classic, which was a version of the game exactly how it was back in 2007. The game had completely changed since then, and gamers around the world had been clamoring for Blizzard to release the old, unchanged version.

I got hyped for WoW classic. I was so excited to relive my days in high school of adventuring around Azeroth. And this time I’d have a dedicated partner in my wife. I literally fantasized for months about how we would play together, what classes we would pick, and all the online adventures we would have.

We played for 2 months. During that time we logged over 10 days of playing time.

We played for over 240 hours across 2 months.

That’s an insane amount of time to commit to something in such a short period. Looking back, I don’t regret a single moment. I had a blast, and it was everything I wanted it do be.

But that feeling was temporary. Deep down I always knew it would be. I was literally chasing a high. It wasn’t sustainable.

We get it, you play a lot of video games

Quitting video games for a year is a big deal for me.

I’ve never stopped playing for this length of time ever since I started playing.

Writing this post makes all of this real. By getting this idea out of my head and onto the internet where 10 people will read it, if I’m lucky, commits me to this idea.

Why am I quitting video games for an entire year?

Lately, I haven’t gotten as much joy from playing games. They’ve gone from something I do to have fun, to just something I do because I’ve always done it. Playing games is an easy way to escape. I can forget whatever is bothering me and get lost competing with other people.

I’m going through a transition in my life. I want to consume less and create more. Video games are a major driver of consumption for me.

What if I invested that time playing video games into creating? What could I put out into the world?

Writing more is my first major goal. If I replaced my game time with writing time I’d instantly become a prolific writer. That isn’t to say I’ll be a good writer. Certainly not as good a writer as I am a gamer. But I’ve put thousands of hours into games. I’ve hardly put a hundred hours into writing.

I also want to get outside more. Go hiking, camping, and skateboarding. I want to go on adventures with my wife.

I want to quit video games for an entire year just to see if I can do it. I know I can, but I want to prove it to myself.

The world is a beautiful place. Life, friendships, and relationships are all beautiful things that should be enjoyed in person, not behind a screen.

Go live your life. I promise it’s worth it.