I started playing music on the internet in 2006. I was 16 at the time and had started an internet radio station that would eventually get me nominated as a Texas Youth Entrepreneur Of The Year.

My radio station grew to house 20 DJs from Paris, Sydney, Canada, and the United States. Every week they would volunteer their time to play music on my radio station.

I was the first DJ and performed like one from a traditional FM radio station like KISS FM. I played a few songs, talked in between, and gave shoutouts. I ran no commercials and made no money.

I was a kid who just wanted to have fun.

At first, I would post on MySpace (dating myself here) that I was playing music online, and my friends could tune in by visiting my website. Most people who listened were online friends, but occasionally my high school friends listened too.

My ultimate goal was to be a club DJ and play house music, so I purchased my first set of turntables before turning 18. 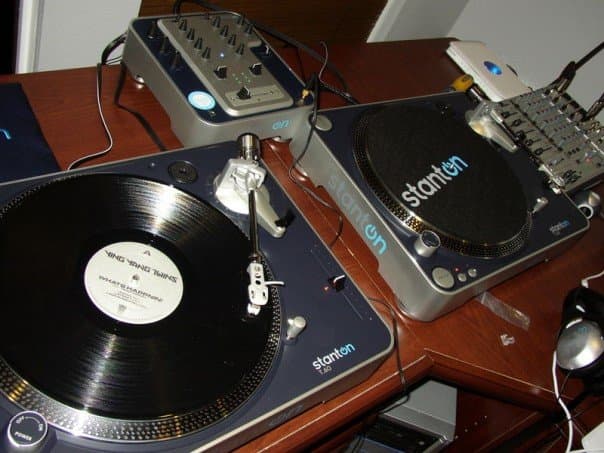 My first set of turntables barely fitting on my desk

That purchase changed my life forever.

My Friends Were Terrible Listeners

At first I was so excited that my friends listened to me play music. But then they started requesting songs.

If I didn’t have the request I’d download it off Limewire or some other service so I could play it for them. My internet connection barely supported doing both so it was always risky.

Those song requests followed the same pattern. My friends would request songs, stick around for a little bit, and then leave after I played what they wanted me to.

I could never convert them into consistent listeners. They just wanted to hear their favorite songs played by somebody else.

And to be honest most of their requests sucked. I was into dance music and they wanted to hear Jimmy Eat World. It was never going to work.

Playing their music never brought me joy. Sure, it was fun a few times to get excited messages from them about how cool it was that I played their song.

Then I Went to College

I continued to DJ after I graduated high school and joined a fraternity during my first semester in college. I played two big frat parties, one called Pajama Jam and one on Halloween called Goes 2 Hell.

The fraternity rented out a music rehearsal space, filled a fish tank with Caribou Lou, and perhaps the most responsible decision of them all, rented busses to shuttle kids to and from the event.

Those parties were the biggest gigs of my life up until that point. I practiced every night for weeks.

I even flew one of the DJs from my radio station down from Canada so we could do a back-to-back set. It was going to be a huge event.

Of course, I received requests at the party, but I didn’t have internet access to quickly download the songs. So I told people no.

I said no to almost everyone. I didn’t even check to see if I had the song. Maybe I’d make an exception for a pretty girl. 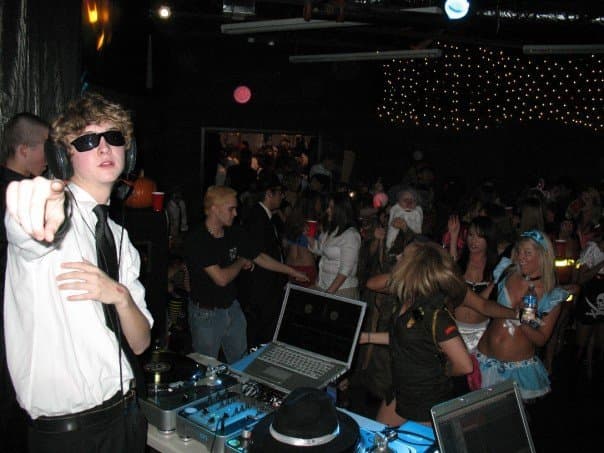 Yours truly. Notice the same turntables?

Once they learned I wasn’t taking requests they stopped asking. By the end of the night, I was playing the music I liked and had the dance floor packed.

When I DJ now I simply don’t take requests. I continue to say no, and people continue to get mad at me.

Come on, just play Africa by Toto once. Please!

My frat party days are over, but my friends and I still get together to play music. Now we’re all married or in serious relationships.

Sometimes our better halves get dragged along to our DJ sessions, and by this point, they don’t even ask. They sit there talking while Drum-n-Bass blares over the speakers as my friends and I take turns mixing one track into another.

I’m not willing to sacrifice my art to please someone else. There’s no debate. I simply won’t do it.

Even after doing this for over 15 years I still I haven’t figured out the nice way to say:

So I end up coming across as an asshole when I deny song requests. That’s ok, I’ve learned to accept it.

I’ve said no thousands of times, and here’s why.

Remember Why You Started

This is true with writing as well. Once you build up a catalog of work it can be tempting to go back and see what posts resonated the most with your audience.

That temptation turns dangerous when you start thinking about writing more of those types of posts just to get more views.

After all, more views means more money. Why wouldn’t you do that?

Take a lesson from me. The audience should never dictate the message.

If you don’t trust me then here’s a quote from Steve Jobs:

People don’t know what they want until you show it to them.

The minute you let other people dictate your art, it stops becoming yours. It screws up the reasons you started this in the first place — for you.

If you’re not making art for you then you’re 100% doing it for the wrong reason.

I didn’t start DJing for other people. I started because I had dreams of becoming a famous club DJ.

Those dreams haven’t materialized into reality yet, but it’s still my dream.

And I won’t sacrifice my dream for anyone else. Least of all a Jimmy Eat World song.

Did you like this? Consider using my Amazon link the next time you want to buy something. It costs you nothing and I receive a small commission for referring you. This content is not sponsored in any way.